Every year around this time I have taken my kids camping. It’s been something I instituted post-marriage with the aim to broaden their horizons somewhat and maintain a good bond with them.

This year was a little different owing to a few changes and uncertainties that came about in 2018, so we only had three days to make something happen.

I decided to take them up North. They’ve actually been around Paihia, Russell and Kerikeri a lot (their mother’s dad has a timeshare they’ve been able to make use of).

I wanted to show them some of New Zealand that they wouldn’t ordinarily get to see. My daughter expressed that she wasn’t particularly interested in New Zealand and it’s history. She loves the Romans (but hasn’t read Asterix – go figure). I guess it’s her age and the education she is exposed to.

We based ourselves in Kerikeri. The campground there is well appointed. Enough trees to cope with the 32C heat. It borders a river and it was fun cooling off. And trying not to kill myself by slipping on algae-covered rocks. I’m not really great with ‘outside’. I’m sure I used to be, apparently not now. 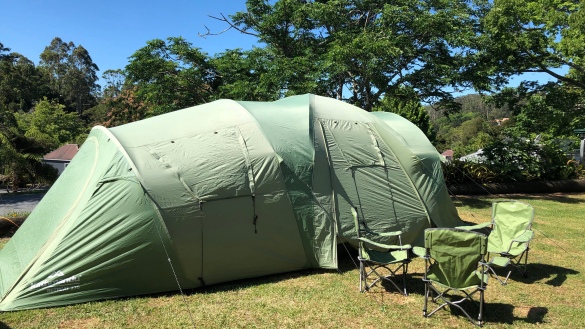 I enjoy getting them involved in cooking. Deciding what to buy at the supermarket then taking responsibility for its preparation. They complain of course, they’re teenagers after all, but they do do the doing. I also like them to see me interact with other campers. These places are magnets for tourists and locals alike. My kids are fairly introverted and shy so I feel it’s important to show them how to socialise.

One of the people I talked with was a Maori guy, one of four. He politely asked if he could share the BBQ I was using (of course he can) because he was cooking up a feed of mussels for himself and his three mates. I asked if he’d gathered them. “Yes” he said. “From Countdown”. Sigh. He also didn’t have any cooking suggestions I could learn – “I just put them on until they open and they’re sweet eh?”. He gave me one to try. His approach to cooking worked just fine.

As a side note, everyone has Bluetooth speakers and personalised playlists. This group had a particularly excellent Soul, RnB thing going on and were having a bit of a singalong.

The next group I talked to were Indian. A family. They were cooking corn on the cob direct on the gas hobs. But for me the interesting thing was the seasoning they were going to use. A mix of chilli pepper, salt, and then a squeeze of lemon. Spectacular. It was fun being able to talk to them about their cuisine.

Day Two was the core of my plan. Now, my kids aren’t that interested being taught stuff, learning, when they’re in holiday. Tough dad eh? We got on the road early to drive from Kerikeri to Cape Reinga. It’s an interesting drive, very different landscapes, interesting fauna (we saw cows, sheep, hawks, turkey, emus and more). Actually, we were lucky and saw some shepherds with their dogs working a flock from one paddock to the next, across the highway. Was something pretty special to witness.

As we drove, I pointed out to my kids, the small communities anchored by a church and graveyard and maybe a shop. How NZ was and still is.

Note: Telecommunication coverage is appalling in the Far North – given the potential for tourism there I think it needs to be looked at.

I loved seeing how many people make the trip to see the Cape and its surrounds. It’s quite something being at the top of the North Island.

We headed home, stopping off at Te Kao for an ice cream. (Do it, it’s obligatory). We detoured through Totara North as it’s where my kids maternal grandmother grew up. (There’s literally nothing there so it didn’t take long). We visited a site where gumdiggers worked in terrible conditions locating and digging up kauri gum. I actually got interest from my son. He now knows why gumboots are called gumboots and not Wellingtons in this country.

Next stop, also obligatory and totally worth it, was Mangonui. They have the best fish and chips there. Do it. You won’t regret it. 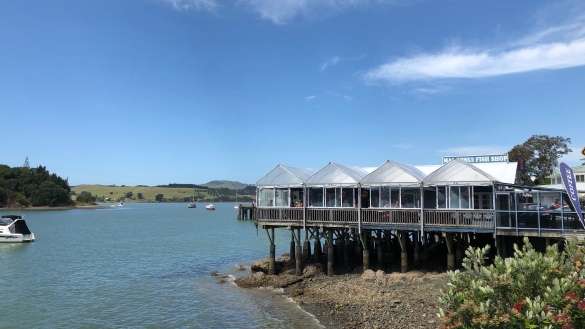 I wanted to take them West to see Opononi (pretty, nothing much there, had a dolphin in 1955/56 that was friendly) on the way to the Waipoua Forest.

It was good to show them how people live in the Far North. Either by choice or through circumstance. There are small communities dotted on the road. Shanty’s. Lean-to’s. Derelict. Rundown. Deserted and abandoned. It’s certainly not Howick. I was interested to see that despite the ruination of the buildings around, the churches all were in quite good condition…

Then we arrived in the Waipoua Forest. I wanted to make sure they saw Tane Mahuta whilst they have the chance to. (It’s no guarantee that access will be for ever). 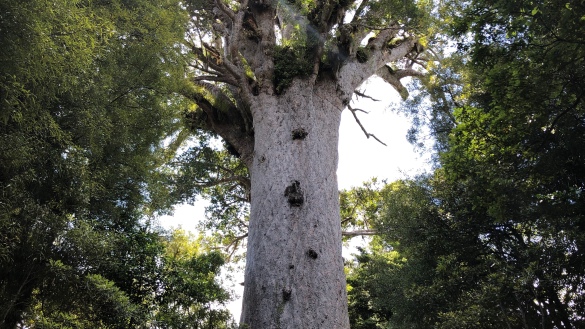 All up, it’s been a great few days. Good company, good food, good conversation, good music. I am very grateful that my kids like to spend focussed time with me. Now to plan the next.